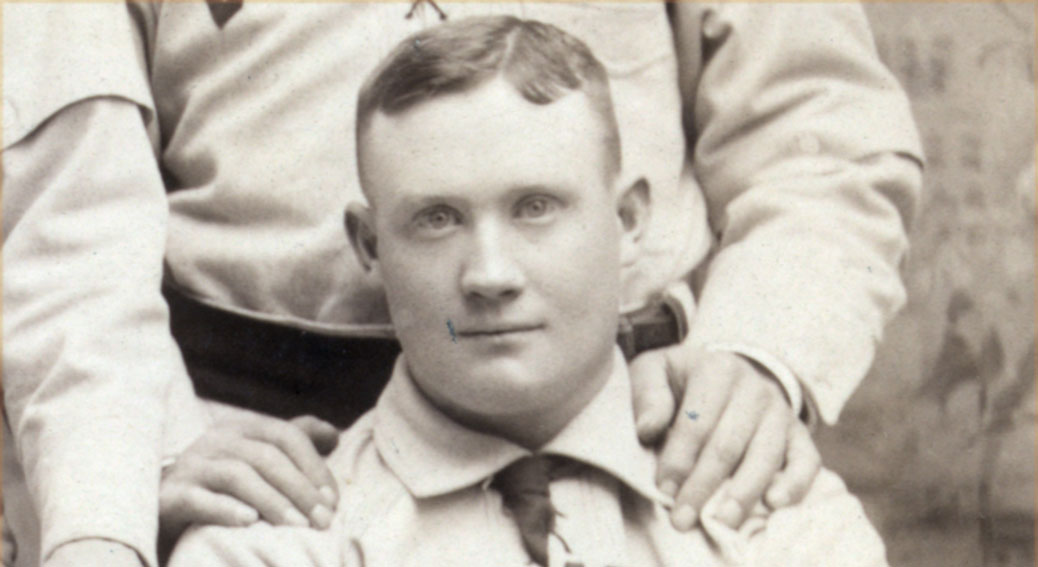 The Brooklyn Grooms’ Tom Lovett threw a no-hitter against the New York Giants, 129 years ago today.

Or, as the New York Sun put it, Lovett “accomplished a feat that would make any pitcher who ever rubbed dirt on a new ball feel as hilarious as a steer in a vegetable garden.”

Lovett on Monday, June 22, 1891 allowed no hits and walked just three as the Grooms topped the Giants 4-0 at Brooklyn’s Eastern Park. The Giants’ hitters tried bunting, pushing, chopping and “even held their bats motionless” to no avail.

“Lovett’s delivery was basely deceptive,” said the Sun. “He had perfect control, and used a drop curve with telling effect.”