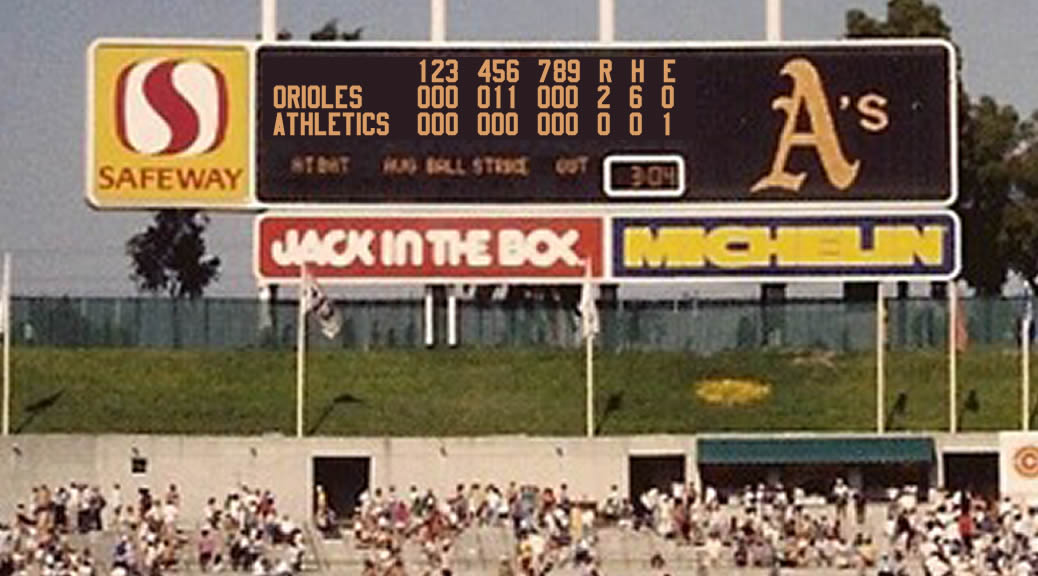 The Oakland Athletics have reached the 29th anniversary since they were last no-hit.

On Saturday, July 13, 1991, at Oakland–Alameda County Coliseum, the Baltimore Orioles’ Bob Milacki (6 inn.), Mike Flanagan (1 inn.), Mark Williamson (1 inn.) and Gregg Olson (1 inn.) teamed up to no-hit the A’s for a 2-0 win. Oakland has avoided a no-no ever since, marking the longest active streak in Major League Baseball.

The mark pales when compared to the Chicago Cubs’ now-defunct streak, which nearly reached 50 years when the Philadelphia Phillies’ Cole Hamels zapped them at Wrigley Field on Saturday, July 25, 2015.