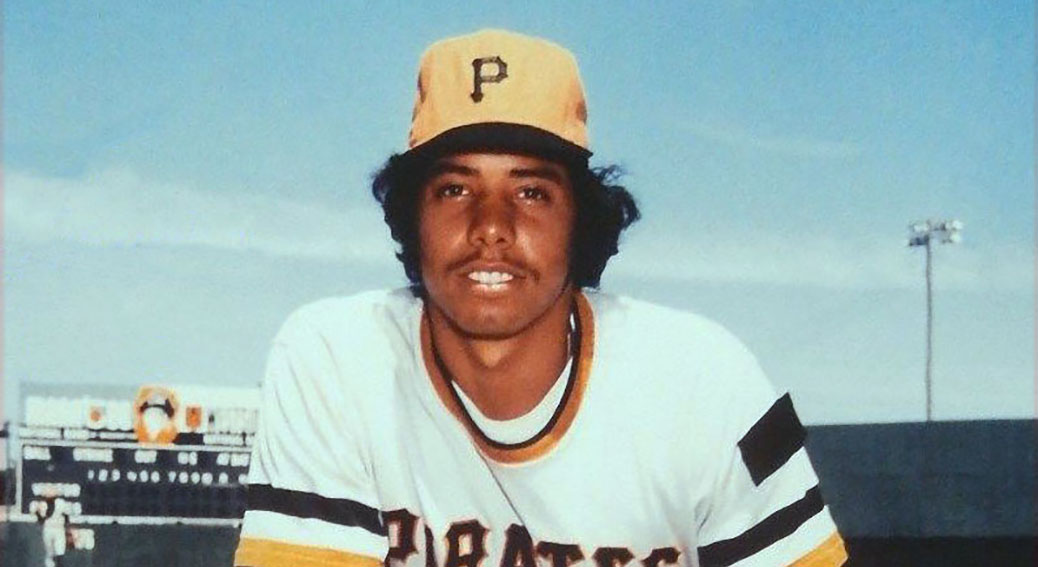 The Pittsburgh Pirates’ John Candelaria threw the city of Pittsburgh’s first no-hitter since the old Federal League, 44 years ago today.

The 23-year-old southpaw dominated the Dodgers on Monday, August 9, 1976, using 101 pitches to no-hit Los Angeles for a 2-0 win at Three Rivers Stadium. Candelaria faced 30 batters, with two Dodgers reaching on errors and another reaching on a walk.

It was the first no-hitter in Pittsburgh since the Chicago Chi-Feds/Whales’ Claude Hendrix no-hit the Pittsburgh Rebels on Saturday, May 15, 1915 for a 10-0 win at Exposition Park.

Candelaria boasts another odd pitching accomplishment. He is the only pitcher to face just 27 batters in a game yet give up four hits. The oddity occurred on July 25, 1982, with Candelaria’s Pittsburgh Pirates facing the Atlanta Braves at Three Rivers.

Glenn Hubbard got the game’s fourth hit in the ninth with a lead-off infield single, but Bruce Benedict cleared the bases with by hitting into a 6-4-3 double-play.

The SAN DIEGO PADRES began play 51 years, 9 months, 16 days ago and have never thrown a no-hitter. Learn more about the streak here.

The CLEVELAND INDIANS own the longest current no no-no streak among teams that have thrown a no-hitter. It has been 39 years, 8 months, 9 days ago since Len Barker tossed a perfect game against the Toronto Blue Jays at Cleveland Stadium.

The OAKLAND ATHLETICS haven't fallen victim to a no-hitter since 29 years, 6 months, 11 days ago, the longest current streak.