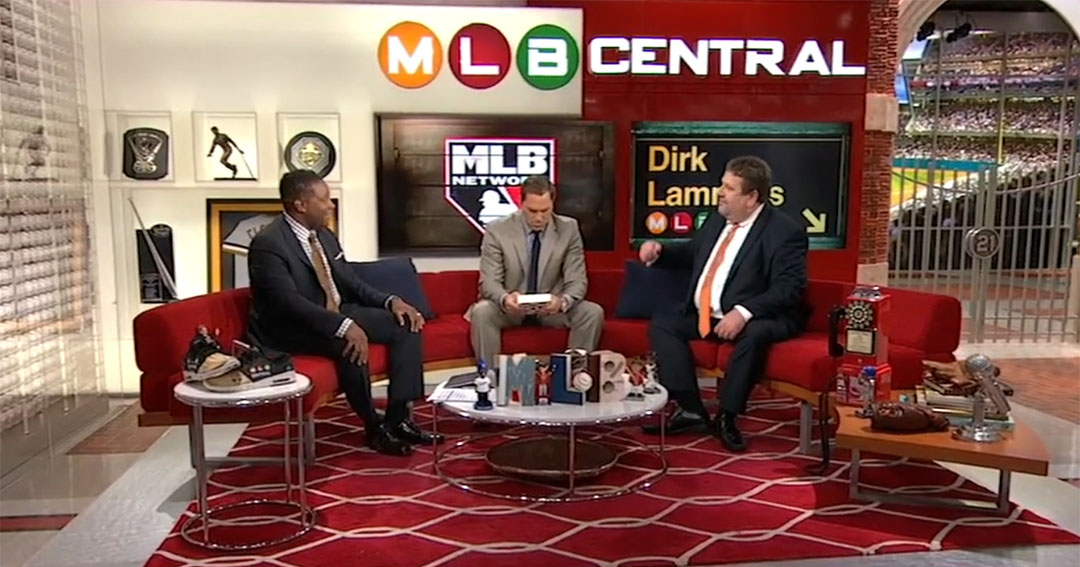 You can watch the clip below:

It was a lot of fun, and it was great meeting DeRosa, Charles, Lauren Shehadi and Preston Wilson. The most challenging part of the interview in the latter segment when both DeRosa and the producer (in my earpiece) reminded me at the same time that Carlos Beltran’s sixth-inning liner off Johan Santana over third base was fair on June 1, 2012. Hey, without the luxury of replay, it looked foul to me!