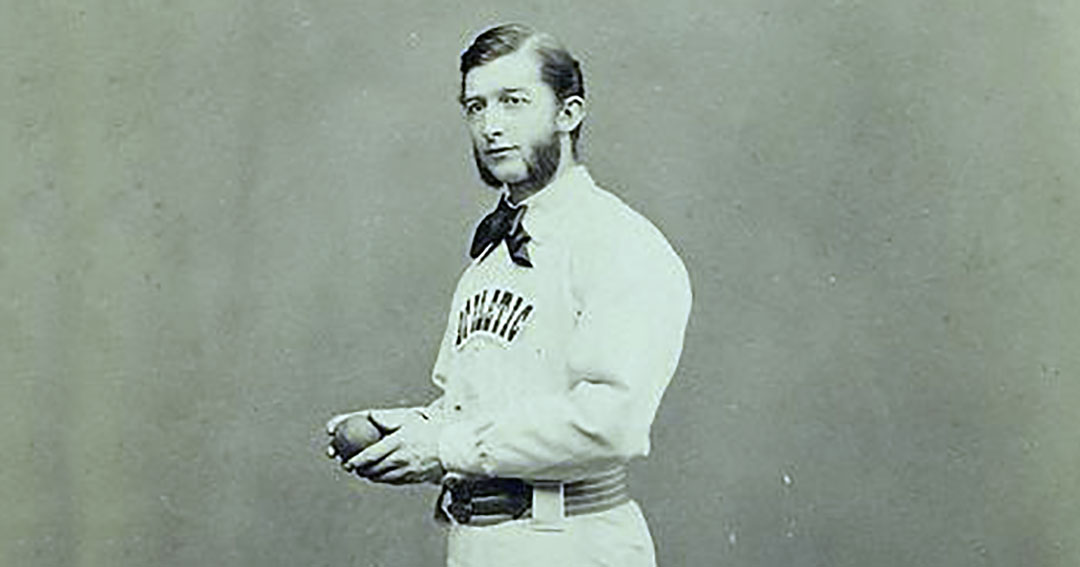 The Philadelphia White Stockings’ Joe Borden is credited with throwing professional baseball’s first no-hitter in 1875, but who threw its first one-hitter?

I combed Retrosheet, Baseball Reference and Newspapers.com this week to unearth the answer.

The correct answer is Albert Spalding in 1871. In my initial search, I apparently missed a Retrosheet boxscore showing a 21-0 shutout by Boston’s Albert Spalding over the Fort Wayne Kekiongas listed as a one-hitter. (Check out Jay Hurd’s a terrific SABR games project story on the game.

The one-hitter I looked at was by Dick McBride, who pitched five seasons for the Philadelphia Athletics, and it’s apparently pro baseball’s second no-hitter. So here’s that account:

On Thursday, May 7, 1874, at Jefferson Street Grounds, McBride held the Philadelphia White Stockings to a single scratch hit as the A’s topped the White Stockings 7-1. I could find no earlier instance of a one-hitter in the National Association of Professional Base Ball Players (1871-’75).

The lone tally off McBride occurred in the opening frame. The White Stockings’ Dave Eggler led off with an infield pop-up that McBride muffed, giving him first base. After A’s catcher Mike McGeary notched the inning’s first out by catching Bill Craver’s foul tip, Eggler put himself in scoring position by stealing second.

York then stepped to the plate and singled to left (the White Stockings’ sole hit), but Eggler conservatively held at third. Eggler finally scored on a fly to left-center that dropped between outfielders John McMullin and Count Gedney.

McBride escaped further damage on an double play before holding zeroes in the H and R columns over the next eight innings despite another four errors by his teammates. That lack of support was part of a Jacob deGrom-esque ‘74 season in which McBride posted a win-loss record of just 33-22 despite maintaining a league-best 1.64 ERA.

The National Association’s first no-hitter came just over a year later when Borden (pitching under the pseudonym Josephs E. Josephs so his well-to-do Jersey family wouldn’t know of his hobby) no-hit the Chicago White Stockings on July 28, 1875 for a 4-0 victory.