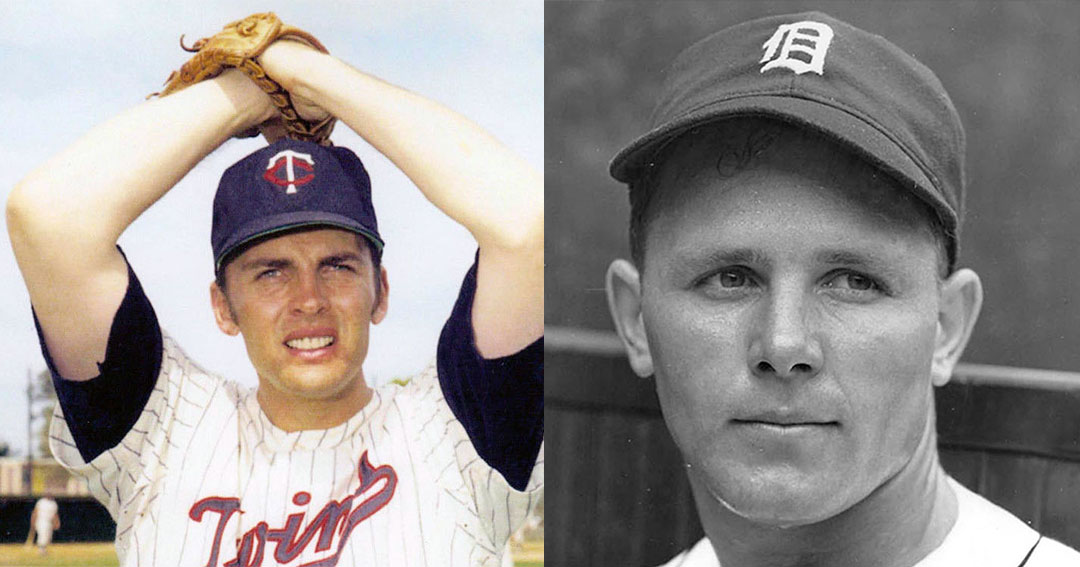 Chance no-hit the Cleveland Indians during the second game of a Friday doubleheader on August 25, 1967, for a 2-1 win at Cleveland Stadium. Chance yielded an earned run in the first inning on two walks, an error and a wild pitch. He settled down and scattered three walks over the next eight innings, striking out a total of eight batters.

Just four starts earlier, on Thursday, August 6, 1967, Chance retired the only 15 Boston Red Sox batters he faced at Metropolitan Stadium for a 2-0 rain-shortened victory. Such games were considered official no-hitters until 1991.

Also throwing a no-hitter on this date was the Detroit Tigers’ Virgil Trucks. On Monday, August 25, 1952, trucks no-hit the New York Yankees at Yankee Stadium for a 1-0 win. It was Trucks’ second no-no.