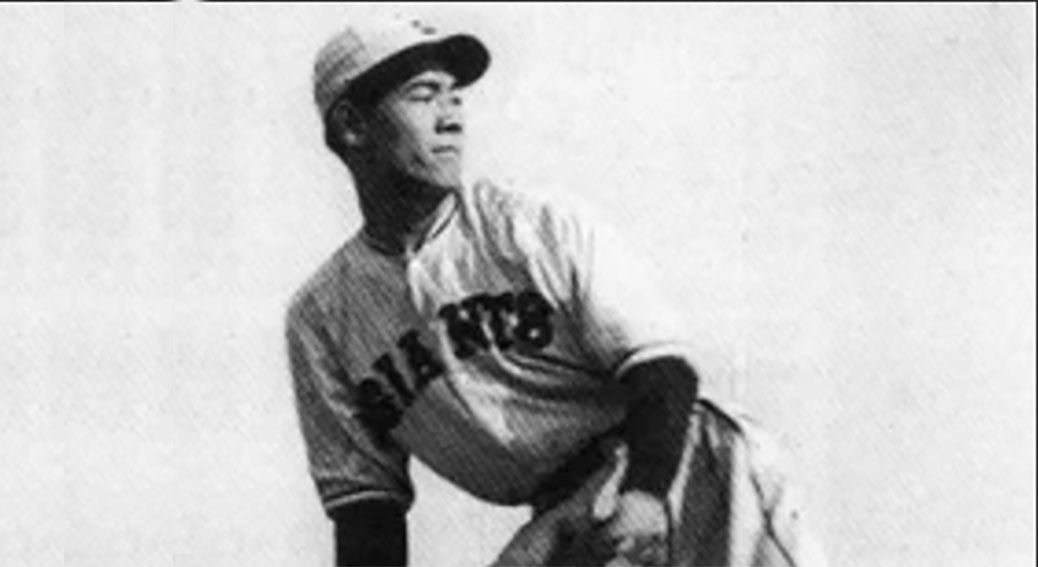 On Friday, September 25, 1936, while pitching for the Tokyo Kyojin (Giants) at Koshien Stadium in Nishinomiya, Sawamura no-hit the Osaka Tigers for a 1-0 win in the inaugural season of the Japan Occupational Baseball League. It was Sawamura’s first of three no-hitters.

Sawamura’s second no-no came early in the next season. On Saturday, May 1, 1937, at Tokyo’s Suzaki Stadium, Sawamura no-hit the Tigers for a 4-0 victory. Sawamura added a record third no-hitter on Saturday, July 6, 1940, holding Nagoya hitless in a 4-0 win at Hankyu Nishinomiya Stadium in Nishinomiya. The Hiroshima Carp’s Yoshiro Sotokoba tied Sawamura’s record 32 years later by throwing a perfect game in 1965, a second no-hitter in 1968 and a third no-no in 1972.

Sawamura pitched for Tokyo from 1936 to 1943, posting a 63-22 record and a 1.74 ERA. In 1943 he joined the Japanese Imperial Army and was killed on December 2, 1944, near Yakushima when his ship the Hawaii Maru was torpedoed by the U.S.S. Sea Devil. He was posthumously inducted into the Japanese Baseball Hall of Fame in 1959.

Nippon Professional Baseball’s version of the Cy Young Award honors Sawamura, though the Eiji Sawamura Award was established in 1947 — nine years before the Cy Young Award’s debut. Unlike NPB’s MVP awards, The Eiji Sawamura Award Is given to just one pitcher across NPB rather than honorees in both the Central and Pacific leagues. The award carries strict criteria. To be eligible, a pitcher must have started 25 or more games, tossed 200 or more innings, won 15 or more, games completed 10 or more games, held a winning percentage of .600 or higher, held an ERA of 2.50 or lower and struck out at least 150 batters.

no-hitters tossed in MLB history
(294 in the N.L. and A.L.),
with the last thrown 18 days ago. The record for most game days between no-hitters is 535, connecting Bobby Burke’s August 8, 1931 no-hitter for the Washington Senators to Paul Dean’s September 21, 1934 no-no for the St. Louis Cardinals.

The Cleveland Guardians franchise owns the longest current no no-no streak among teams that have thrown a no-hitter. It has been 41 years, 0 months, 13 days ago since Len Barker tossed a perfect game against the Toronto Blue Jays at Cleveland Stadium.

The Oakland Athletics haven't fallen victim to a no-hitter for 30 years, 10 months, 15 days ago, the longest current streak in the majors.