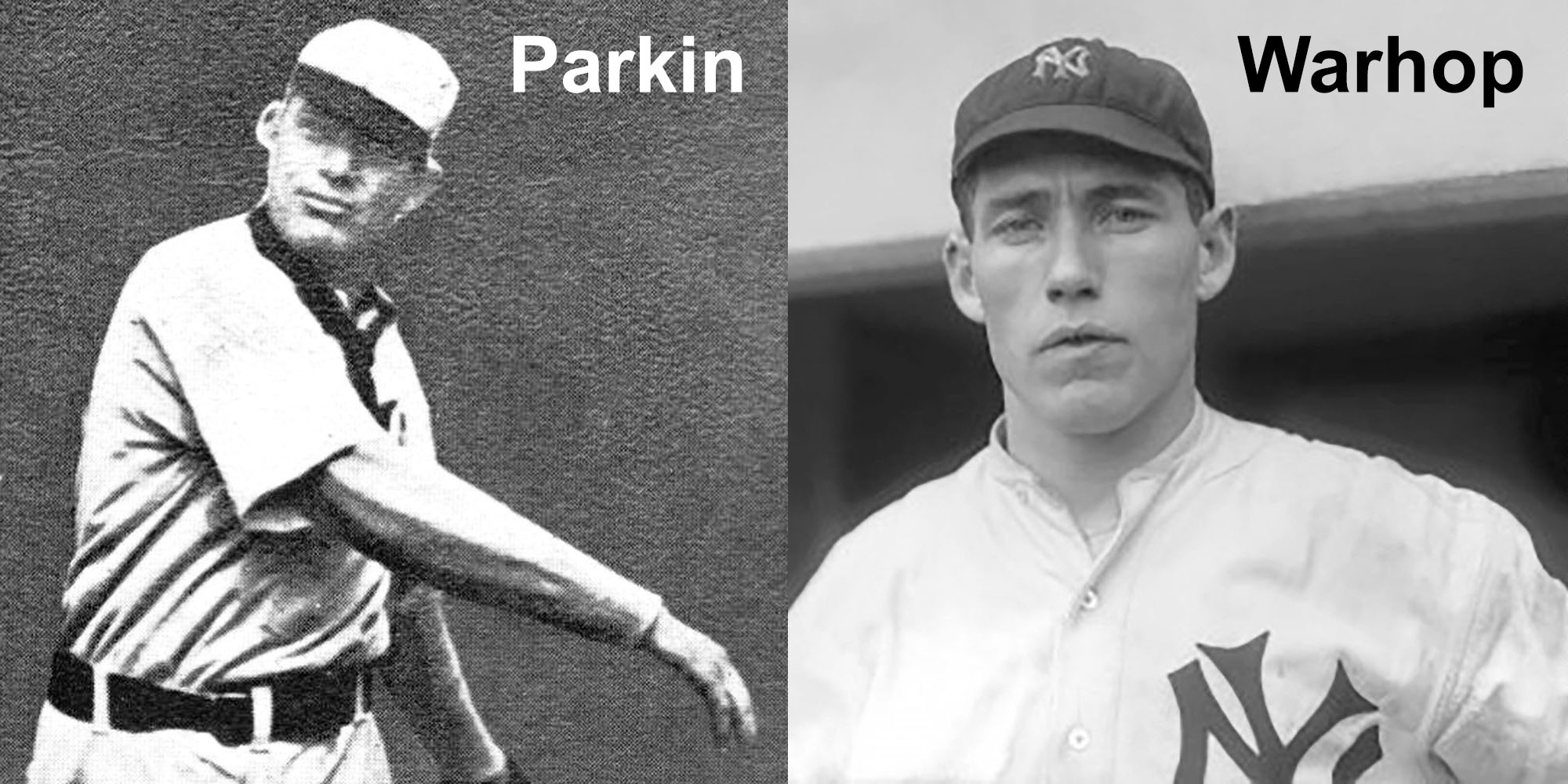 NoNoHitters.com has discovered a new Spring Training no-hitter, and it seems to be the first no-no recorded for the New York Yankees franchise.

The Highlanders’ other split-squad that day, which featured most of New York’s regulars, beat the Anderson Electricians of the Carolina Association by a score of 12-7.

Parkin had pitched the previous two seasons for the Binghamton Bingos, and Warhop spent most of 1908 with the Williamsport Millionaires, save five appearances for the Yanks. Their combined gem slips into the second of 31 slots on our Spring Training no-hitters list — just after the Cleveland Naps’ March 14, 1908 spring no-no over the Macon Peaches (Bill Lattimore for 5 innings and Charlie Chech for 4 innings).

Parkin and Warhop tossed their no-hitter a year and four months ahead of the Highlanders’ “Salida Tom” Hughes no-hitting the Naps for 9⅓ innings in a 1910 scoreless game. Hughes had been cruising along in the nightcap of an August 30 doubleheader at Hilltop Park that day but was tagged for a hit in the 10th. Upon taking the mound for the 11th, he yielded six additional hits and a took a 5-0 loss. The game had been considered an official no-hitter for more than 80 years until the Committee for Statistical Accuracy in 1991 tossed it and 11 other no-hit-through-nine accomplishments from the record books. (We document those games here.)

The first of 11 official Yankees no-hitters came on April 24, 1917, when George Mogridge no-hit the Boston Red Sox at Fenway Park for a 2-1 victory.

Parkin, born in what is now Union County, South Dakota, wound up with the Newark Indians of the Eastern League for the 1909, 1910 and 1911 seasons. He finished out his minor-league career with Oakland and San Francisco of the Pacific Coast League, failing to win a spot on a major-league regular-season roster.

Warhop’s sharp spring in 1909 earned him a spot on the Highlanders’ regular-season roster, where he posted a 13-15 record with a 2.40 ERA. The Hinton, West Virginia-born submariner also led the league for two seasons in hit-batsmen (26 in 1909 and 18 in 1910), perhaps from hitters not knowing how to escape the righty’s unorthodox delivery.