This Week in No-Nos 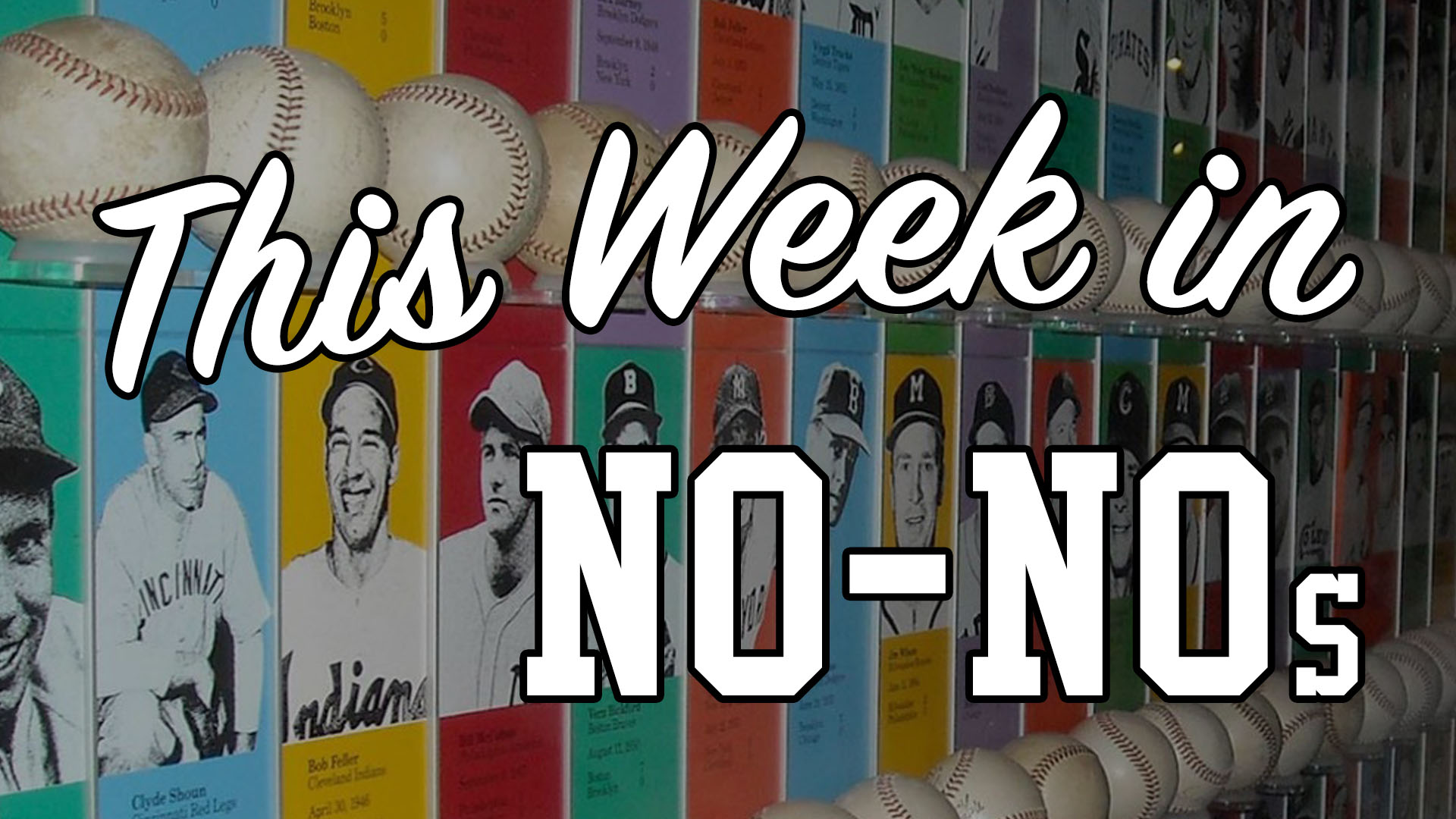 With 2021’s unexpected no-hitters glut, I thought I’d create the inaugural edition of a This Week in No-Nos column in hope that things will slow down and this will be a one-time endeavor.

The trio of consecutive no-hitters from the Chicago White Sox’ Carlos Rodón (April 14), the Baltimore Orioles’ John Means (May 5) and the Cincinnati Reds’ Wade Miley (May 7) marked the first time a natural hat trick was achieved by southpaws in nearly six decades. The last time that happened was from 1960-1962, by the Milwaukee Braves’ Warren Spahn (September 16, 1960 and April 28, 1961) and the Los Angeles Angels’ Bo Belinsky (May 5, 1962).

In throwing his no-hitter, Kluber joined the No. 28 club, whose members include the Brooklyn Dodgers’ James “Tex” Carleton. the San Francisco Giants’ Ed Halicki and the Texas Rangers’ Bert Blyleven. Turnbull becomes just the second member of the No. 56 club, whose only member was Mark Buehle (two-timer).

The two most recent times were revenge no-nos. The Cincinnati Reds’ Jim Maloney no-hit the Houston Astros on April 30, 1969, and the Astros’ Don Wilson returned the favor on May 1, 1969. Less than a year prior, the San Francisco Giants’ Gaylord Perry no-hit the St. Louis Cardinals on September 17, 1968, and the Cards’ Ray Washburn struck back on September 18, 1968.

Another back-to-back instance marked two no-hitters thrown by St. Louis Browns pitchers on May 5-6, 1917, but they were separated by the first game of a doubleheader. Ernie Koob no-hit the Chicago White Sox at Sportsman’s Park on May 5, and then teammate Bob Groom no-hit the Sox in the second game of doubleheader on May 6. Here are the other two: the Chicago White Stockings’ Larry Corcoan and the Buffalo Bisons’ Pud Galvin on August 19-20, 1880 and the Louisville Eclipse’s Guy Hecker and Corcoran on September 19-20, 1882.

The majors have had two instances of same-day no-nos — the Oakland Athetlics’ Dave Stewart and the Los Angeles Dodgers’ Fernando Valenzuela on June 29, 1990, and the Cincinnati Reds’ Ted Breitenstein and the Baltimore Orioles’ Jim Jay Hughes on April 22, 1898.

The no-no boys of Alabama

This week’s no-hitters by the Detroit Tigers’ Spencer Turnbull and the New York Yankees’ Corey Kluber marks the first time that back-to-back no-hitters were thrown by Alabama-born pitchers. Turnbull hails from Demopolis, a city of about 7,500 that sits about 100 miles west of Montgomery, and Kluber was born in Birmingham. The other three no-no throwers from Alabama are Virgil Trucks (Birmingham), Frank Allen (Newbern) and Matt Cain (Dothan).

Not in Kansas anymore

When the Baltimore Orioles’ John Means tossed his no-hitter against the Mariners on May 5 in Seattle, it marked the first no-no thrown by a Kansas-born pitcher in more than 100 years. In that contest, the Washington Senators’ Walter Johnson (born in Humboldt, Kansas) no-hit the Boston Red Sox at Fenway Park on July 1, 1920. The other Kansas no-no was five years earlier, when the Chicago Chi-Feds/Whales’ Claude Hendrix (Olathe, Kansas) tossed a Federal League no-hitter against the Pittsburgh Rebels at Exposition Park on May 15, 1915.

Born on the Bayou

The man who broke the San Diego Padres’ 8,205-game no no-hitters streak is essentially from the city of San Diego. Joe Musgrove was born in El Cajon, a San Diego County community that sits about 17 miles from the big city. No-no throwers from San Diego proper include Dave Morehead Jim Wilson and Cole Hamels. A total of 36 no-no throwers were born in California, far outpacing the second-ranked state, which is New York with 17.

Put yourself on the map

If 2021 is going to be the year of the no-hitter, it’s time for the 13 states who are unrepresented in the no-no hometown department to step up. It’s your turn, North Dakota, South Dakota, Hawaii, Alaska, Montana, New Mexico, Idaho, Oregon, Nevada, New Hampshire, Utah, Mississippi and South Carolina!

no-hitters tossed in MLB history
(292 in the N.L. and A.L.),
with the last thrown 13 days ago. The record for most game days between no-hitters is 535, connecting Bobby Burke’s August 8, 1931 no-hitter for the Washington Senators to Paul Dean’s September 21, 1934 no-no for the St. Louis Cardinals.

The Cleveland Indians now own the longest current no no-no streak among teams that have thrown a no-hitter. It has been 40 years, 4 months, 9 days ago since Len Barker tossed a perfect game against the Toronto Blue Jays at Cleveland Stadium.

The Oakland Athletics haven't fallen victim to a no-hitter for 30 years, 2 months, 11 days ago, the longest current streak in the majors.