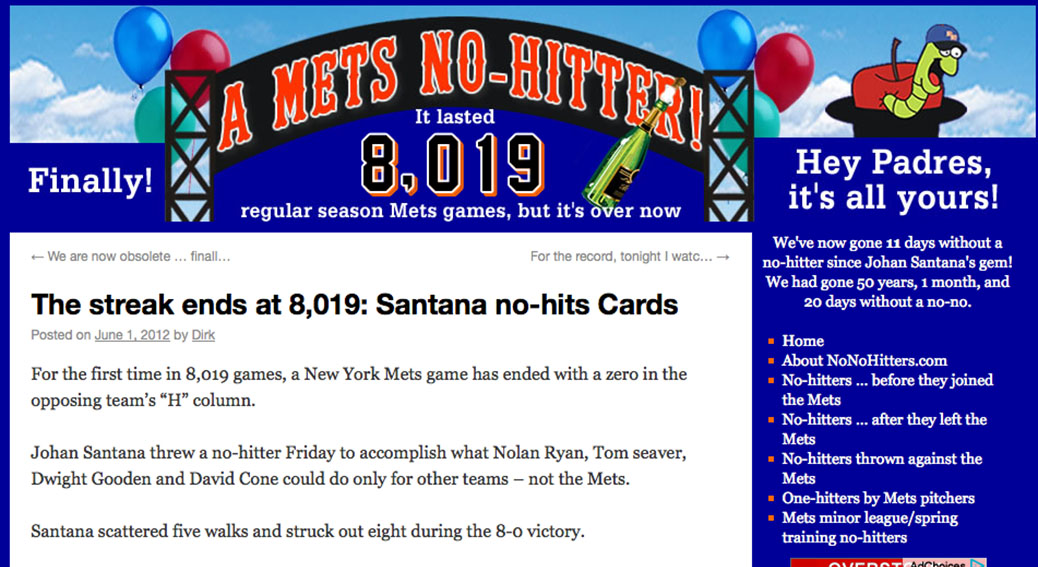 Today is the ninth anniversary of Johan Santana breaking the Mets’ no no-hitters streak at 8,019 regular-season games. That streak was a major-league record until May 16, 2019, when the San Diego Padres played that franchise’s 8,020th regular-season game without a no-hitter. As always, we celebrate by repeating our original post from June 1, 2012.