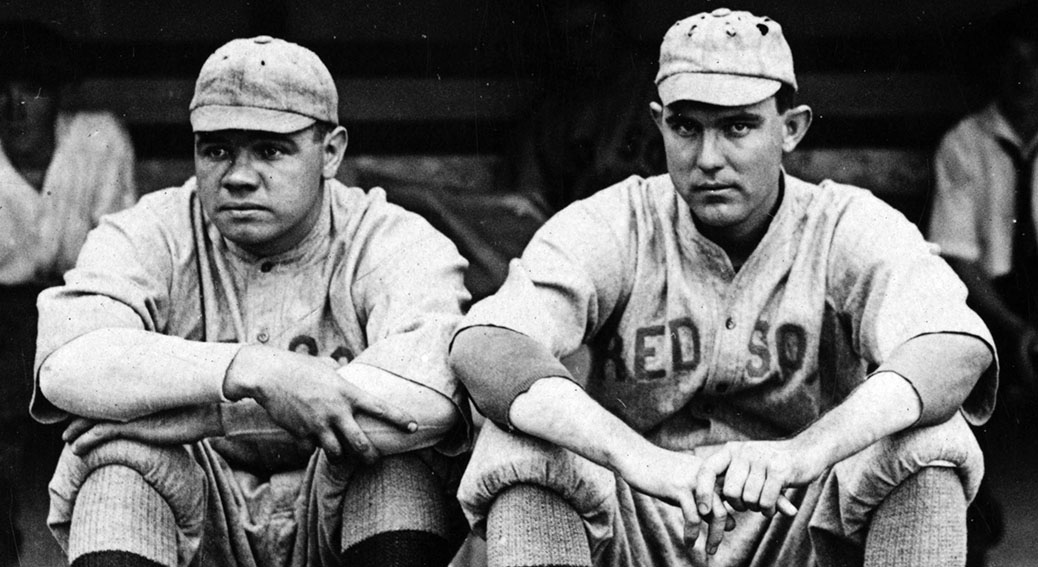 Ruth got the start for the Boston Red Sox during the first game of a Fenway Park doubleheader on Saturday, June 23, 1917, but the Babe grew increasingly agitated with home plate umpire Brick Owens as he walked Washington Senators lead-off batter Ray Morgan on four straight pitches.

As Morgan took his free pass to first base, Ruth continued jawing with Owens, according to Boston Globe sportswriter Edward F. Martin.

“Get in there and pitch,” the umpire ordered.

“Open your eyes and keep them open,” Ruth yelled.

“Get in and pitch or I will run you out of there,” Owens warned.

The Bambino threatened to punch Owens in the nose, and Owens had heard enough. When Owens gave Ruth the heave-ho, Ruth charged home plate and threw a right hook that glanced off the ump’s mask and landed on his left ear.

A scrum ensued, and Red Sox player-manager Jack Barry dragged Ruth off the field and gave the ball to Shore, a dependable right-hander who had thrown five innings two days earlier. Shore took the mound in an attempt to bring some calm to Fenway. After Senators third baseman Eddie Foster stepped into the box, Morgan took off to steal second on Shore’s first pitch. Replacement catcher Sam Agnew, who subbed in for the also-ejected Pinch Thomas, fired down to the bag to notch the game’s first putout.

Shore retired Foster and proceeded to send Senator after Senator back to the dugout, facing the minimum 26 batters en-route to a 4-0 win nicknamed the “imperfect game.” It was actually commonly considered a perfect game for years until it was later reclassified as baseball’s first combined no-hitter, with Ruth contributing 0 innings and Shore 9.