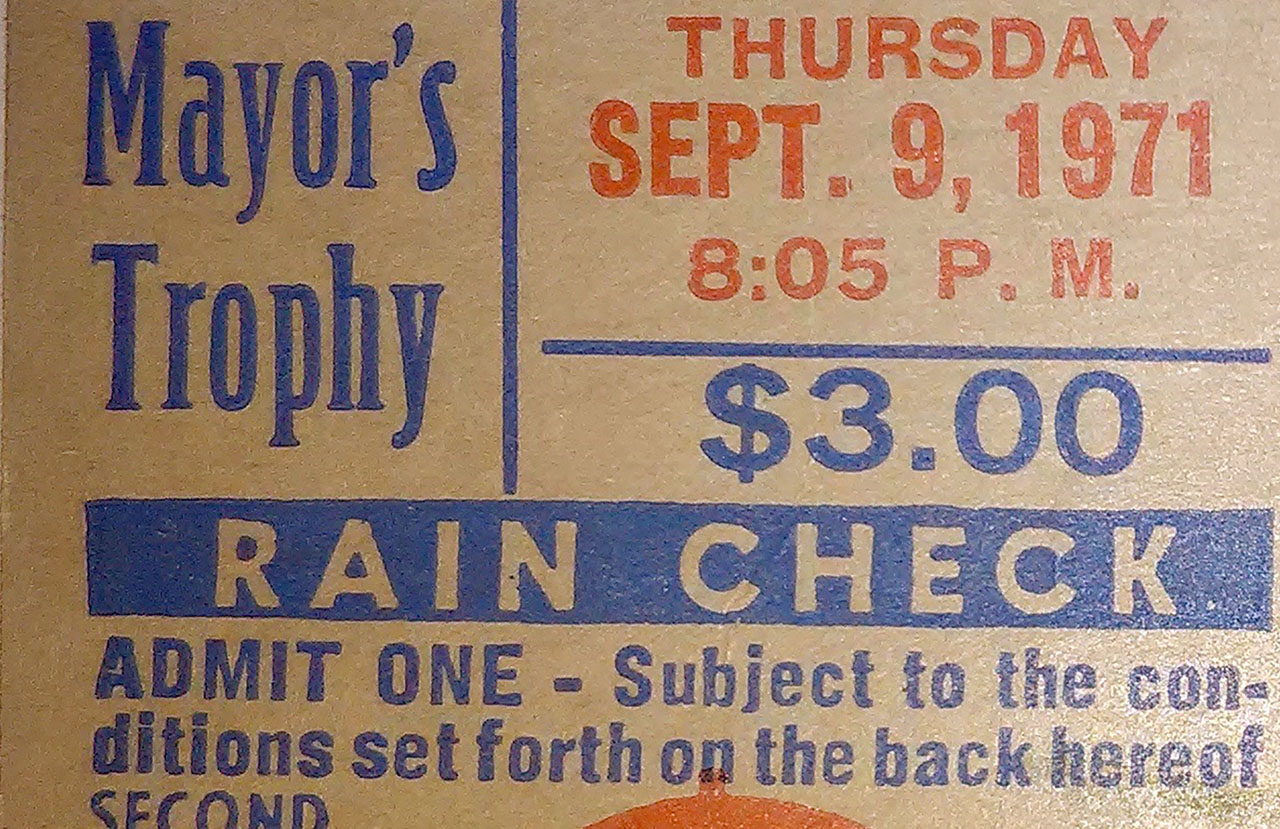 For those who don’t remember New York’s annual tradition, the Mayor’s Trophy Game was a once-a-year contest between New York’s AL and NL teams to benefit the city’s sandlot baseball program.

On Sept. 9, 1971, in front of a Shea Stadium crowd of 48,872, the Mets’ Jim McAndrew and Nolan Ryan no-hit the Yankees for seven innings as the Mets nursed an early 1-0 lead. Ron Taylor took the ball for the eighth and got the first two outs before Frank Baker singled to left for the game’s first hit. The Yankees wound up winning 2-1 in the ninth.

There have been six in-season exhibition game no-hitters in the majors, and we document them on the bottom of our Spring and exhibition no-hitters page.