The Montreal Expos franchise, which moved to Washington, D.C., to become the Nationals in 2005, wasted no time in exiting the no no-no club. In the team’s ninth game on April 17, 1969, reliever-turned-starter Bill Stoneman struck out eight and walked five but gave up no-hits during the Expos’ 8-0 win over the Philadelphia Phillies. Stoneman would get one more no-no in 1972 and Expos pitchers would throw two more before the move to D.C. Jordan Zimmermann threw the Nationals’ first no-no in 2014, and Max Scherzer has since added two.

In his 10th Major League start, Kansas City Royals starter Steve Busby walked five but no-hit the Detroit Tigers for a 3-0 victory on April 27, 1973, in the Royals’ 660th regular-season game. Busby would throw another no-hitter on June 19, 1974, becoming the first pitcher to ever throw two no-nos in his first two full seasons (he had thrown a couple late-season games in 1972). Other Royals pitchers would throw two more no-hitters to give the franchise a total of four.

The Pilots lasted just one season in Seattle, and the team couldn’t notch a no-hitter or even a one-hitter during those 163 games (they did get three two-hitters). After the squad moved to Milwaukee and was renamed the Brewers, the franchise would have to wait 17 years for its first no-hitter. Juan Nieves became the first Puerto Rico native to throw a no-no on April 15, 1987, in the franchise’s 2,864th regular-season game, as the Brewers topped the Baltimore Orioles 7-0. Robin Yount made a game-ending diving catch to preserve Nieves’ gem, which remains the Brewers’ only no-no. 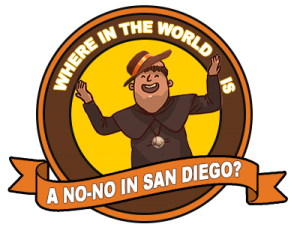 regular-season games, and 34 post-season games, without a no-hitter.
The Padres' no no-hitters streak began 50 years, 9 months, 12 days ago, when the Padres played their first game, and is still going. Follow @PadresNoHitter on Twitter for the latest Padres count updates.

Next up: The Phillies

regular-season games (plus nine post-season games) is the record for longest no-hitter drought in MLB history. The Philadelphia Phillies were void of a no-hitter for 58 years, 1 month, 18 days between 1906 and 1964. The streak began on May 3, 1906, one game after Phillies’ southpaw Johnny Lush threw a 6-0 no-hitter against the Brooklyn Superbas. It ended on June 21, 1964, when Jim Bunning threw a 6-0 perfect game against the Mets during a Father’s Day doubleheader at Shea.

Our latest posts
Translate this page